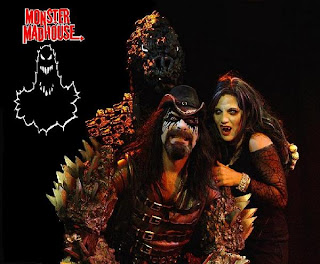 Monster Madhouse is the wackiest horror host show currently on the air. This Virgina based show is hosted by Karlos Borloff, who is joined by a rotating, and ever increasing, group of co-hosts. Together they are the Monsterminators, whose job is to rid the world of monsters. 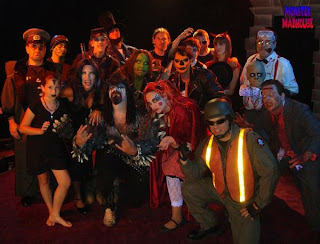 Every episode the group try to deal with some danger to the world, usually related to the movie being played. Chaos is the norm for the show, where anything and everything can, and will, happen. 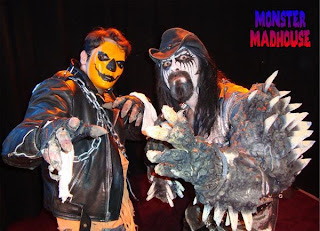 Borloff and his regulars, who include Pumpkin Punk, Countess Contessa Vanessa, Spooky Demenseia, and some of the monsters they have captured, like Zillagod, run around the studio wildy, like the demons they are. Borloff desperately tries to keep the peace and reign in the group, while making the proceedings fun for everyone, especially the audience. 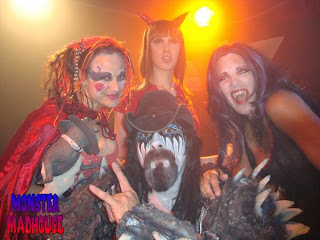 The show has a crazy energy that is nothing like anything else out there. It is as if a little kid was playing with a mixed toybox full of cool action figures and filmed it. 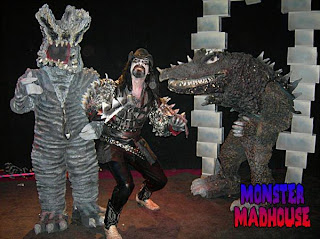 The monthly live show features contests and call-ins from viewers. It can be seen online alongside a chat, that the stars of the show sometimes join in at: http://www.monstermadhouselive.com/
The show attracts guest stars, such as Lloyd Kaufman and other horror hosts, including Count Gore De Vol, Jebediah Buzzard, Doctor Sarcofiguy and others. 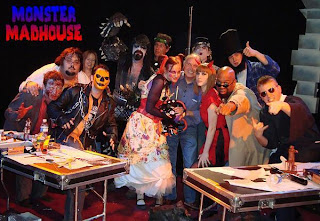 Borloff can be seen at conventions all over the country and has appeared on the Tonight Show. Monster Madhouse is expanding into merchandising with items like makeup kits and comic books. 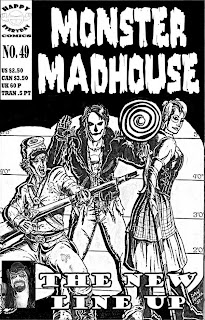 Highlights of the goings on at the Madhouse can be seen here:


The Monsterminators are also a band led by Borloff and his bandmates are some of the characters from the show. Here is a video of one of their songs:


Check out their website at: http://monstermadhouse.com/
Karlos Borloff Monster Madhouse