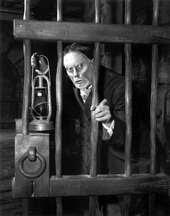 John Zacherle is the father of all horror hosts. He started out in Philadelphia as Roland & about a year later moved to New York, added a Y to his name and became Zacherley. He had a long run of hosting horror movies, cartoons, & a dance show, Disc-O-Teen. He got famous nationwide by appearing in magazines like Famous Monsters of Filmland and from records like Dinner with Drac. 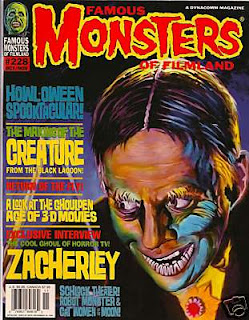 Unfortunately, most of his footage is gone, though he put out a DVD a few years ago with all that exists, which is very hard to find now. There is a chance of him hosting a classic horror movie again in 2008 for a special on Halloween back on channel 11 in NY, where he used to appear.
After his hosting career was over he became a radio DJ for many year. He still does a Halloween show on New York's WCBS-FM most years. He also is the main attraction of the twice yearly horror convention Chiller Theatre in New Jersey.

Here is a clip of one of his shows from waaaay back:

For all your Zach news, go to: http://www.zacherley.com/