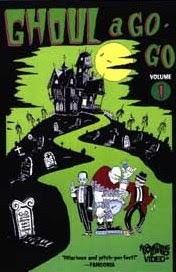 The DVD of the first three episodes of the Ghoul A Go-Go show is put out by Something Weird Video. Called Ghoul A Go-Go Volume 1, the DVD features the Boogeyman, Mummies, and Spiders episodes. 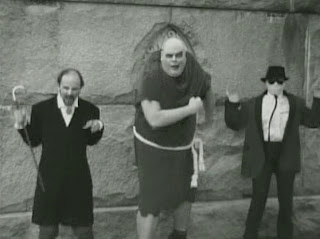 Featuring many clips based on the episode's topics, the shows also have educational films. Mixed in are skits with Vlad, Creighton, and the Invisible Man, Creighton and the kiddies dancing to whatever The Wheel Of Dance lands on, and Hickleberry's commercials. 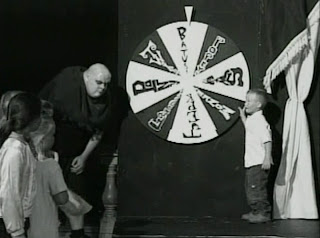 Live performances in all three episodes are provided by Jonny Chan and the New Dynasty Six, who also recorded the Ghoul A Go-Go theme song. 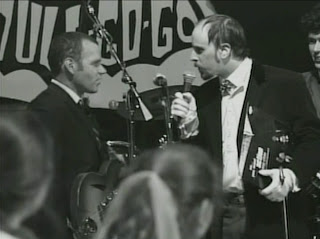 Although there is no menu on the disc and the episodes play right after one another, there are some extras after the end of the third show. The extras are another dance with Creighton and the kiddies, an additional performance by Jonny Chan and the New Dynasty Six, and the full skeleton animation from the end credits without the credits over them. 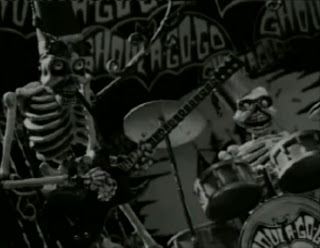 You can order it from Ghoul A Go-Go here: Mart O' Doom 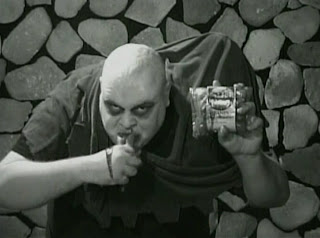 Here is a Jonny Chan and the New Dynasty Six performance from one of the episodes: