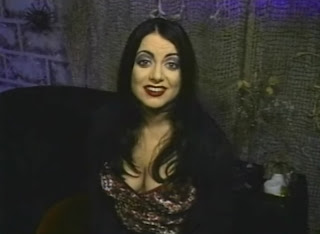 Macabre Theatre is a horror host show from California that is syndicated in other markets. It was made from 2002-04, but is still shown in some areas. Ivonna Cadaver hosts the show and comes across as a goth VJ type with lots of sexy adult humor. 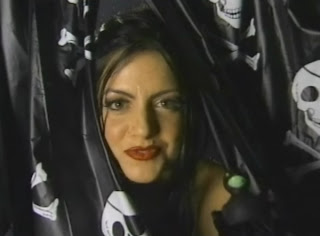 Not limited to the studio, some segments of the show have her at movie premieres or visiting interesting stores. Each show also features trivia questions about the movie being shown, skits, and CD reviews. Episodes include segments with Ivonna's macabre take on the Home Shopping Channel called the Ghoul Shopping Network and her interacting with the movie. 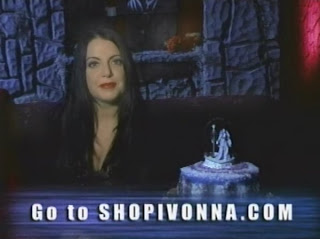 Macabre Theatre was created by Butch Patrick, who has also appeared on the show. 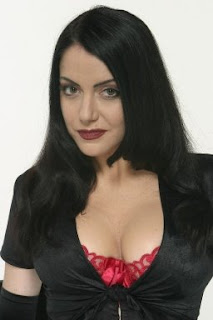 Here are a couple of sets of clips from the show: