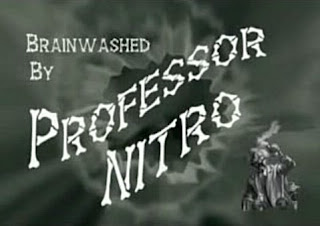 Brainwashed By Professor Nitro is a Bolingbrook, IL horror host show starring Professor Nitro.
The origin of Professor Nitro as described by the Professor himself:
"While demonstrating the method of turning an ordinary potato into an actual working "electric battery", freak atmospheric conditions (and the fact that he had just shuffled across shag carpeting) combined - causing something to go horribly wrong: Unassuming science teacher Eugene Poindexter was suddenly transformed into... PROFESSOR NITRO!! BEWARE THE ELECTRIC POTATO (and beware... Professor Nitro's EVIL PLAN)!" 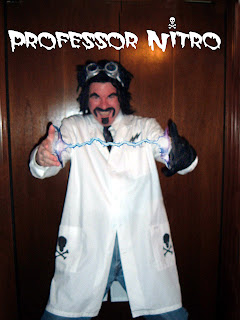 Here is a clip from the show: