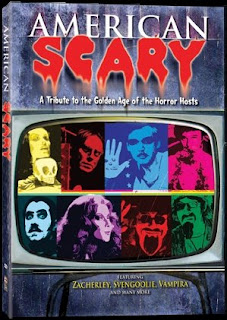 The horror host documentary American Scary comes to DVD on February 17, 2009. The documentary is a great overview of the horror host genre and provides profiles of many of the original hosts like Zacherley, Svengoolie, Ghoulardi, and Vampira. Memories of the hosts are provided by fans which include some celebrities and modern hosts as well as the hosts themselves. Highlighting the documentary are many clips from different hosts shows and some footage of a convention where many of the hosts appeared. The information they provide enlightens the viewer in the origins of horror hosting in general and the hosts' place in television and cultural history. What comes across strongest is the impact hosts had on peoples lives and the influence on them that continues today. 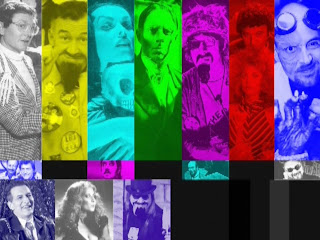 There are many bonus features on the DVD. They include an audio commentary with the filmmakers, the original pitch reel, two trailers for the film, a cut segment about Nashville horror hosts, A Ghastlee Ghoul's wedding, and extended interviews with Tim Conway, Zacherley, Miala Nurmi, Ernie Anderson and Bob Burns. 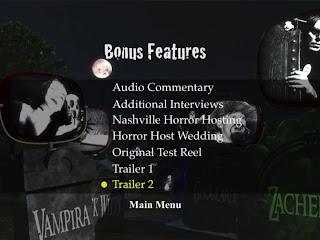 Here is the original pitch reel for American Scary that appears in the bonus features: