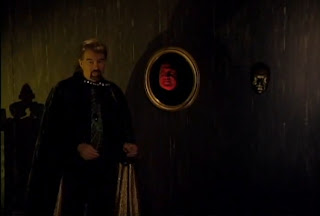 Dead Of Night Theater started in Milwaukee in 2008 and features horror host Makovan, a disembodied head in a mirror. Episode #3 from October 18, 2008 presented the movie House on Haunted Hill and had as one of their special guests Milwaukee television writer and historian Dick Golembiewski. He was also known as Dick Nitelinger when writing about horror hosts for his website Milwaukee TV Horror Hosts and Scary Monsters Magazine. Dick passed away March 29, 2009.

Watch all the hosting segments of Dead Of Night Theater here: