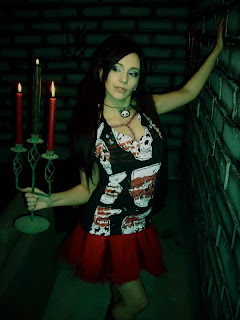 Midnite Mausoleum debuted with web episodes on April 3, 2009 and will be syndicated to T.V. stations starting in the fall. The show features Marlena Midnite hosting old horror and science fiction movies along with original comedy skits. Marlena is joined on the show by Wolfred, Franklin, and Grimms. 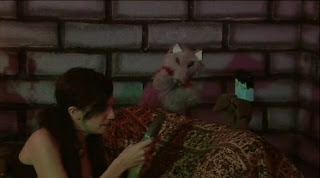 Here is the premiere web episode where Marlena presents the first part of the movie Voyage to the Prehistoric Planet:

Check up on Marlena and new episodes of the show at: http://www.myspace.com/midnitemausoleum
Marlena Midnite Midnite Mausoleum

Marlena Midnite said…
Wow, I just came across this surfing... thanks so much Chris for posting this and what a cool site...