Monsterama: A Tribute to Horror Hosts 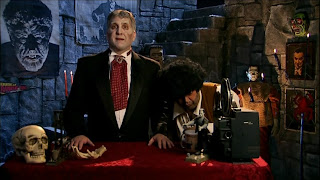 The now defunct High Definition horror channel Monsters HD showed a series of short documentaries in between their movies. Each one was hosted by Elvira and included segments on toys, masks, and the men who created some of the famous movie monsters, among many other subjects. Monsterama: A Tribute to Horror Hosts was one of these that focused on horror hosts. 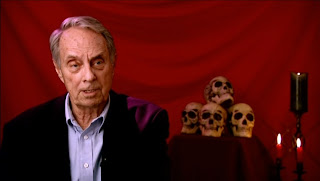 It was written by Daniel Roebuck, who also directed many of the Monsterama segments, and began airing in 2004. Dan also appears in this one as his Dr. Shock tribute character, Doctor Shocker. Among the hosts interviewed in the piece are John Zacherle, Maila Nurmi, and Cassandra Peterson and focuses on the history of their characters Zacherley, Vampira, and Elvira, as well as an overview of hosting in general. 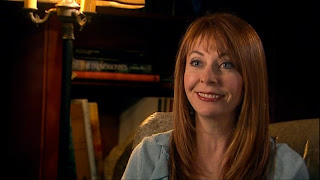