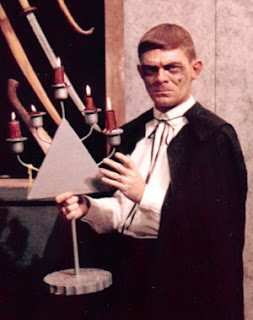 Gorgon the Gruesome hosted Nightmare on KFJZ-TV, Channel 11 in Dallas, Texas. The show began in September of 1957 and ran until 1959 and returned for a short run in 1962. Also, KFJZ-TV unearthed Gorgon for Halloween specials in 1972 and 1976.

Bill Camfield, who played Gorgon, passed away in 1991. 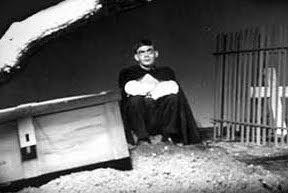 Watch a clip of Nightmare here:

Visit Bill Camfield's site, which is run by his son, at: http://www.ickytwerp.net/
Gorgon Nightmare

Unknown said…
Always enjoy seeing Camfield get his due. KFJZ and Channel 11 were in Fort Worth, however,... NOT Dallas. Here in Fort Worth/ Dallas (i.e. the "Metroplex"), referring to anything in Fort Worth as being "in Dallas" is fightin' words, indeed!
May 25, 2022 at 11:46 PM