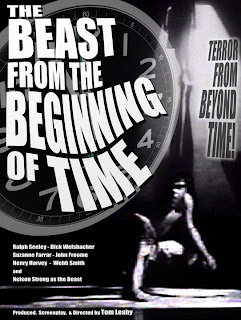 Episode 156 of The Basement Sublet of Horror had Gunther Dedmund presenting the full length version of the rare 1965 film The Beast From The Beginning Of Time, which was made by and starred Tom Leahy, who also played The Host in the horror host show Nightmare.

Find out more of what is unspooling at: basementsubletofhorror.com
Gunther Dedmund Nightmare Rodney The Basement Sublet of Horror The Host