Here, There, and Everywhere 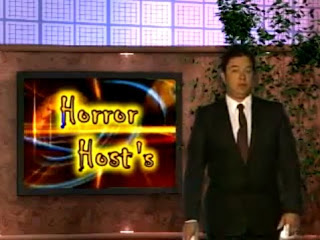 Here, There, and Everywhere is a news show that airs on KTKO Channel 8 in Harrison, Arkansas. On two recent episodes, the host, Jim Buchanan, discussed horror hosts and the Horror Host Graveyard. He also interviewed Corpse S. Chris, Undead Johnny, and Ormon Grimsby, as well as talking about other hosts.

See the segments from the first show below:

Watch the second part of the piece, here: