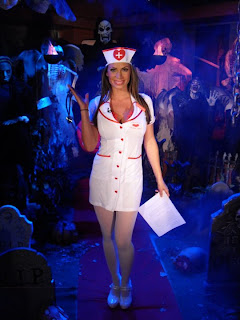 On October 30, 2010, New York's PIX11 channel had it's annual revival of their Chiller Theatre show. Jill Nicolini hosted the show and presented the movies White Zombie and Bride of the Monster, while she modeled different costumes so the audience could vote for the one she would wear on the live broadcast of the New York Halloween Parade the next day.