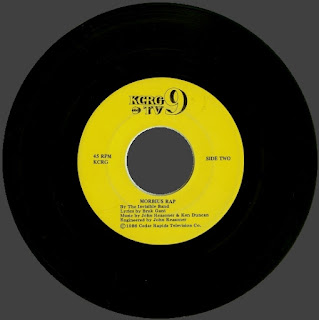 In 1986, Saturday Nightmare host Dr. Morbius recorded two songs that were released on a 45" record. One song, Hawk Rap, was a rap song about the Iowa Hawkeyes college football team and the other was called Morbius Rap. Both songs were recorded with The Invisible Band.

Watch a commercial for the record here: