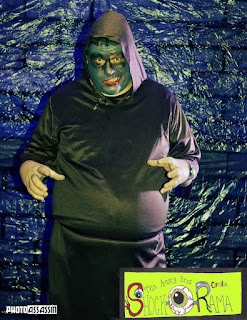 The Omaha, Nebraska based show The Angry Bros Omaha Shock O Rama began airing on Cox Cable Public Access channel 109 in October of 2011. In the first episode, Jack Angry meets up with Ghoulia as he presents the movie The Last Man on Earth.

Someone will be angry if you don't visit: theangrybros.com
Jack Angry The Angry Brothers Omaha Shock O Rama