The Basement Sublet of Horror in 3D 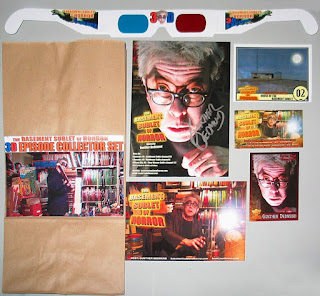 On March 2, 2012, Gunther Dedmund presented the first 3D edition of The Basement Sublet of Horror, episode 238. The entire show, including the movie Robot Monster, aired in anaglyphic 3D. Viewers in the Lawrence, Kansas area were able to buy a special collectors set, which included:

Put on your glasses and wait for something to jump out at you at: basementsubletofhorror.com
Gunther Dedmund The Basement Sublet of Horror