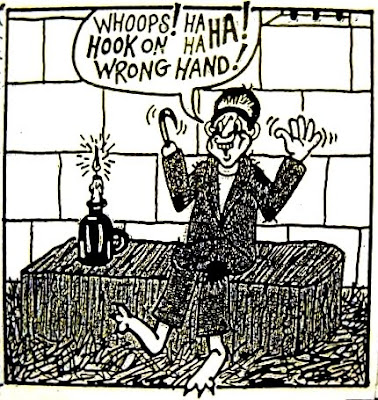 G.G. Faircloth began sending M.T. Graves drawings of him and the other characters from his show, The Dungeon, when she wrote him fan letters in the 1960s. Later on, M.T. alter ego, Charlie Baxter became good friends with her until the end of his life. Throughout the years, she has continued to draw the further adventures of M.T. Graves and friends as comic strips, and still does to this day.

Click here to see a larger version of one of her current cartoons: